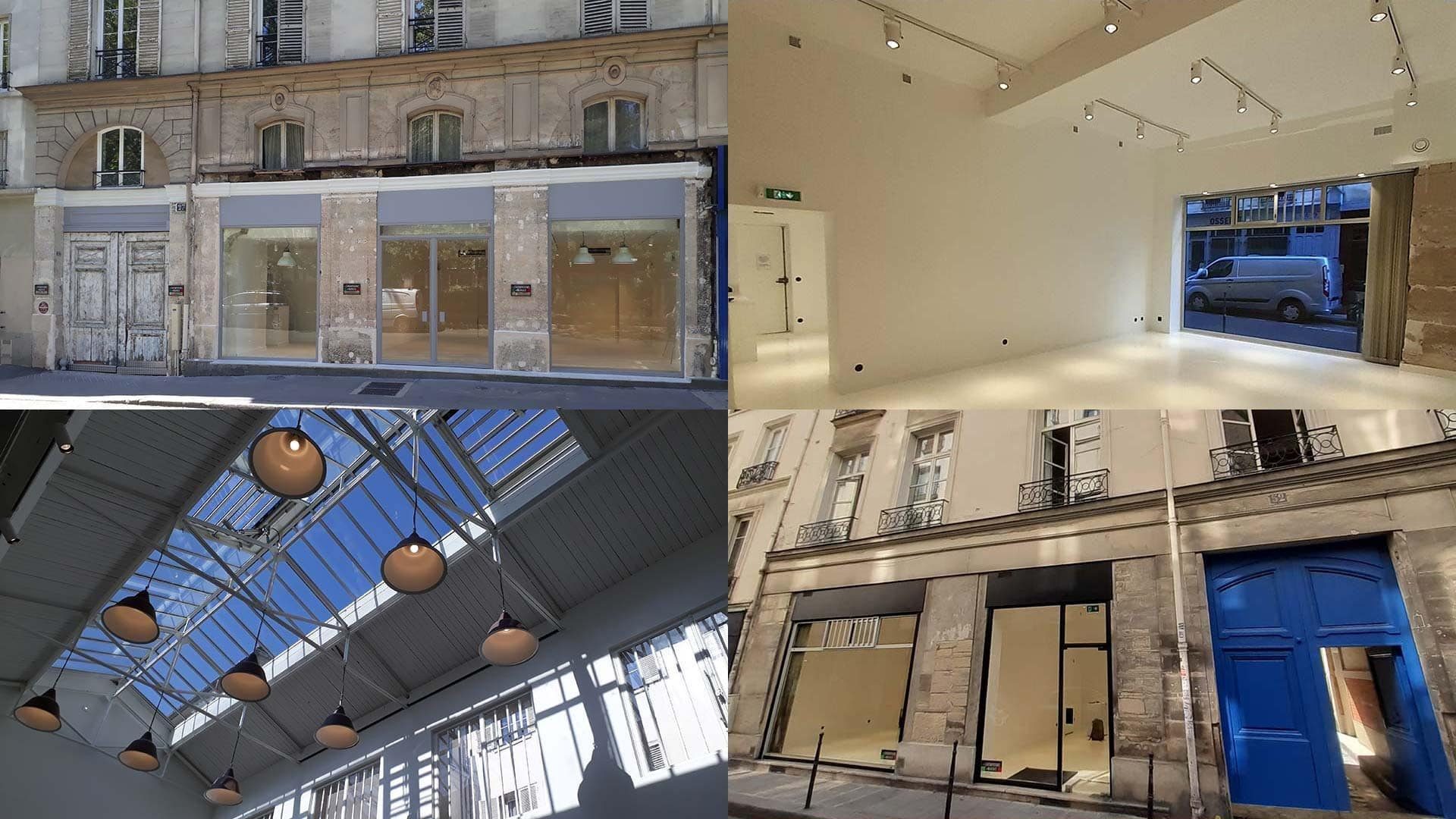 These former stables which accommodated the hauling horses – they pulled the boats along the Saint Martin canal in the 19th century – became “La société anonyme des Forges et Aciéries du saut du Tarn” from July 19, 1912 to October 16, 1961, before to become a major packaging company.
It alone sums up a part of the industrial and commercial history of suburban Paris. Its “Eiffel” style metal structures support four splendid glass roofs with a three to eight meters ceiling height.

This space, located in the extension of the quai de Valmy, at the corner of the rue du Faubourg du Temple – at a place called – “La Grisette”, popular figure of old Paris (named after the color of the clothes of these young Parisians from the working class, often seamstresses or embroiderers). Described as at the same time, flirtatious, frivolous, elegant and loving to party, they undoubtedly inspired the spirit of the modern Parisian Lady.

As an extension of the Charlot showroom, the store – a genuine 65 m2 white setting – has been designed and renovated to accommodate your ephemeral events.

It offers exceptional visibility with its frontage of 10 linear meters and its ceiling height of 4m.

From mid 2022 it will be possible to combine the two spaces.

A bright 40 m² store with a ceiling height of 3.20 m located in the heart of the Marais.

It enjoys impressive visibility from the rue de Bretagne, thanks to its 3m50 window, elevated and with powerful lighting.

An historic corner store of 146 sqm, located in the heart of the Marais, with its 15 meter long storefront
punctuated by four windows and two entrances, of exceptional authenticity.
Our choice was to renovate the exterior identically in order to preserve its cachet: wagon green color and oldfashioned
black grilles.

Ideally located for Fashion week, Espace Futur is  50 meters from Carreau du Temple.
It is a 55 sqm multipurpose place with more than 5.50 meters of storefront. Naturally decorated with its visible beams, its limestone and brick walls, it easily adapts to all your event projects.

This former historic store in the neighborhood housed clothing wholesalers for years, until it was taken over and renovated in 2013 by the Galerie “à Demain…” specializing in 20th century design.
With a surface area of 100 sqm on 2 levels, located at the corner of the street in front of a traffic light, it has a large window of 2.70m and a large double door (1.90m opening) rue de Turenne, and 2 windows on the rue de Poitou side (2.7m and 2m).